Ep 34. Why You Need an Audio Book with Ocean Reeve 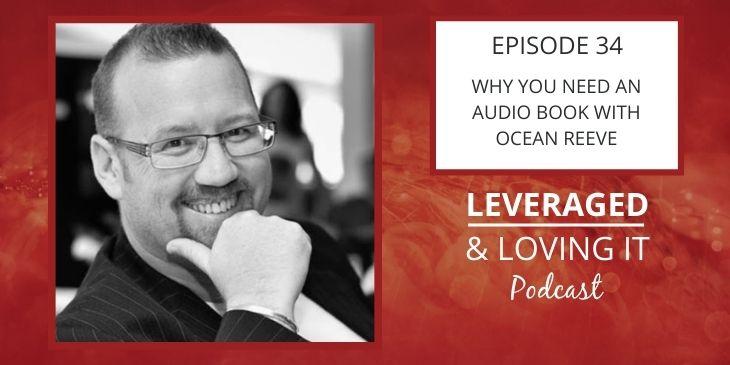 We all thought eBooks were going to be the next big thing. But with today’s super busy lifestyle, more and more people are leveraging their time and flocking to audiobooks. Audiobooks enable their audience to listen to books while they commute, cook dinner and do other things. I LOVE this. And, as coaches and thought leaders we 100 percent should be leveraging our own books by getting on board with this distribution method.

To chat about all things audio book, I’m joined by Ocean Reeve from Ocean Reeve Publishing.

In this episode, we chat about:

Ocean is committed to facilitating the creative process in all who are willing to express themselves through the written word. With the belief that we are all born with a desire to be creative, Ocean operates a defined, dedicated and determined process to bring a book to life and if desired, build a profitable future from this expression of creativity.

Ocean’s 20+ year career in the creative arts has been one he has great respect and gratitude for. Following a successful 6 years in Film & Television, Ocean spent a year in entertainment promotion before beginning his publishing journey. Beginning as a Digital Production Manager for an educational publisher, Ocean was soon promoted into a sales role which quickly developed into Sales Manager for both the educational and traditional arm of the company.

As the internet took its grip over the creative arts industries, Ocean was integral in the development and management of New Zealand’s premier self-publishing house, PublishMe, and following a six month stint as a Radio Host, successfully graduating with a Diploma in Creative Writing, becoming a qualified Workflow Trainer and being nominated and winning two National Awards for Service to Authors, Ocean departed New Zealand to expand his creative reach into Australia.

Six years into his new life in Australia and Ocean has now introduced an established and fruitful marketing platform where authors not only achieve their vision of bringing a book to life, but also promote and market their published works with amazing results. He played a major role in the birth of an independent publishing house in Queensland before capturing the essence of his own creativity and launching Ocean Reeve Publishing. Ocean believes that in this current landscape of creative expression, it is the vision and legacy of the author that has to be the paramount focus.

Stalk him on LinkedIn